Annalynn Prince and Simone Compton  are Aboriginal Youth Interns working with the Ministry of Health in Victoria. In early December they will begin a HealthLink BC Speaking Tour throughout the Lower Mainland and Vancouver Island. Their goal is to raise awareness of the services and benefits HealthLink BC has to offer BC residents. They hope to reach out to youth to ensure they are aware of the resources they have available. This is also a great opportunity for community members to share feedback on HealthLink BC and how the organization can better serve First Nations communities. This presentation will also demonstrate the HealthLink BC and Symptom Checker apps that are found on the HealthLink BC website. 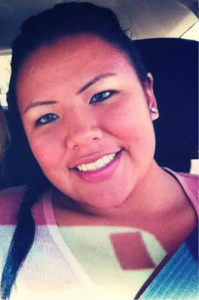 Annalynn Prince is the Aboriginal Youth Intern Marketing Coordinator at the BC Ministry of Health. She is from the Lake Babine Nation on her mother’s side and Nak’azdli on her father’s side. Growing up was definitely an adventure for her family as she moved quite often. She was born in Prince George, BC and grew up in the Lower Mainland; spent time briefly in Fort St. James, BC; spent quite a few years in Prince George; and graduated from the Lakes District Secondary in Burns Lake, BC. She has the best parents ever, two older brothers, and two amazing nephews. Her ultimate goal for the future is to explore the world and continue to pursue a Bachelor’s of Science to enter Medical School. Herhobbies include walking, biking, swimming, drawing, and cooking/baking with friends.

Simone Compton is of Coast Salish, Kwakwaka’wakw, and European descent from the K’omoks Nation. She was born and raised in Comox on Vancouver Island and moved to Victoria where she has been fortunate to live on Salish lands for the past six years. She graduated from the University of Victoria in April 2013 with a BSc in Psychology and a Minor in Indigenous Studies then several months later was accepted into her current position in the Aboriginal Youth Internship Program as a Marketing Coordinator with HealthLink BC and the Ministry of Health. This program has been a wonderful opportunity for her and was the perfect transition to go from her Bachelor’s degree to applying for a Master’s degree in Counselling. With counselling she plans on focusing on mental health and to work closely with Indigenous communities to help empower children and youth and to create strong, healthy families.