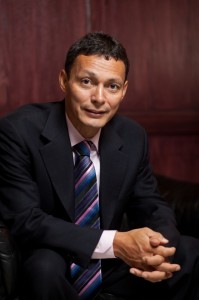 Join best-selling author, motivational speaker, lawyer, and businessperson Calvin Helin for an inspiring and informative evening talk presented in partnership with the SFU First Nations Student Association. His book Dances with Dependency: Out of Poverty Through Self-Reliance has been called courageous and groundbreaking. His second book, The Economic Dependency Trap: Breaking Free to Self-Reliance, was a finalist for the U.S.A. 2011 Best Books Awards.

His third book The Empowerment Mindset follows up on Helin’s first two books and provides a high-level survey of the problems and barriers people often face in trying circumstances. Helin’s ‘final’ handbook is for anyone looking for a blueprint on how to empower themselves to achieve greater success and happiness. His work is also intended to open dialogue regarding the obstacles Indigenous people face in today’s society. Calvin will provide the knowledge for anyone to take their power so they can live life to their greatest potential. Read more...

Calvin Helin, a member of the Tsimshian Nation, comes from the community of Lax Kw’alaams on the Northwest coast of British Columbia, Canada. The son of a hereditary chief, Helin works as an attorney and entrepreneur.

Mr. Helin has written several publications on law, Aboriginal business, and associated issues. He has developed an international reputation through his now seven times best-selling book, Dances with Dependency: Out of Poverty through Self-Reliance. With the recent release of his new ground breaking book, The Economic Dependency Trap: Breaking Free to Self-Reliance, recognized as a finalist in the 2011 U.S.A. Best Books awards and won the Gold Medal at the IPPY Awards (America’s 2012 Independent Publisher Book Awards), Mr. Helin has an expanding international role as a popular public speaker and thought leader. His common sense message of self-reliance and self-responsibility are now being promoted on a global platform.